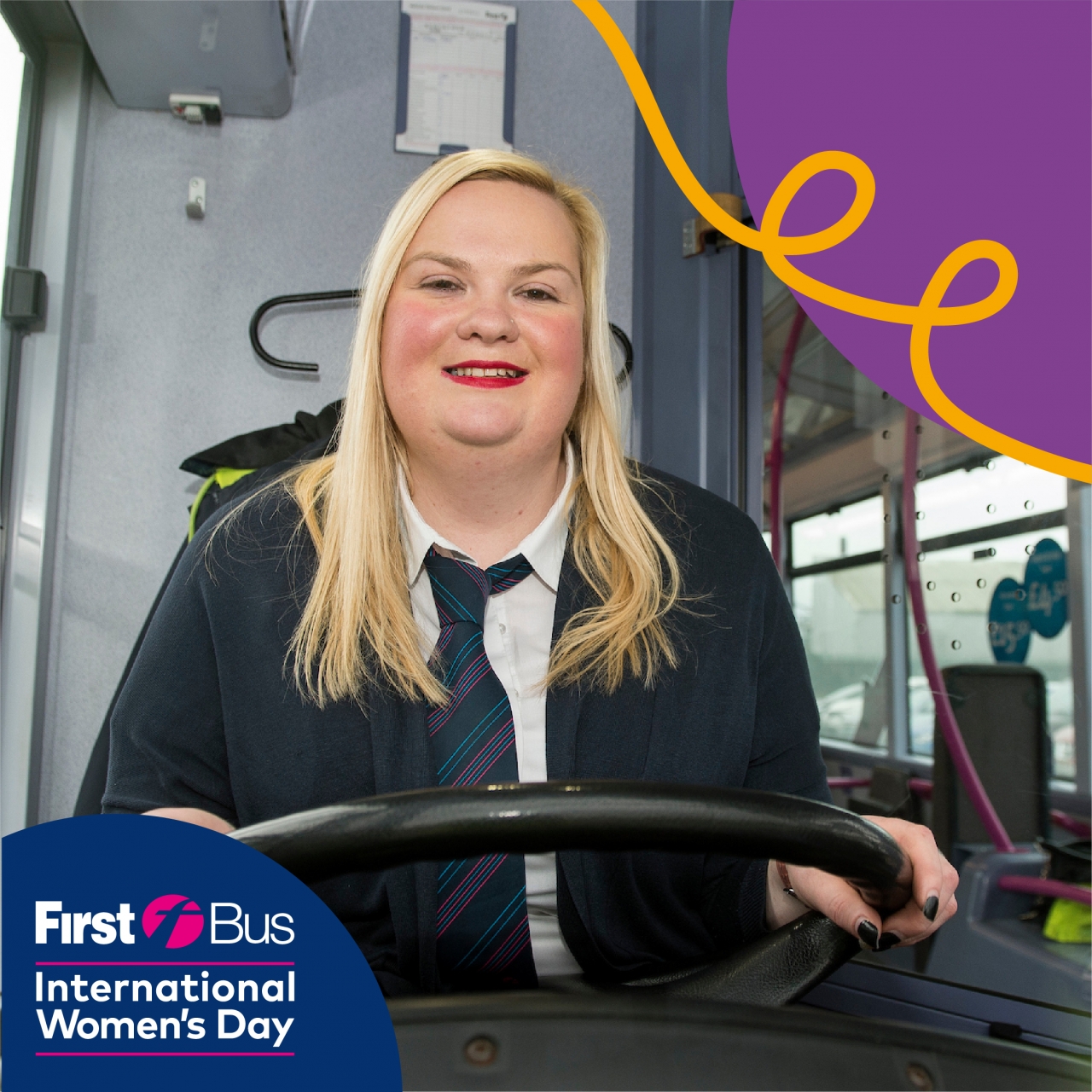 A Glasgow bus driver is calling on more women to consider taking up a role in the bus industry this International Women’s Day as First Bus seeks to recruit more female drivers.

Nicola Morris, 31, works as a Leading Driver at First Bus’s Scotstoun depot and has been driving Glasgow’s double-decker buses for ten years. Becoming a bus driver was Nicola’s first job after school, joining one of the UK’s largest bus operators when she was aged just 21. After a decade in the role, Nicola is keen to put the stereotypes to bed that bus driving is a ‘man’s job’.

She said: “I think there’s still a worry amongst women about going into what remains to be perceived as a male dominated industry. There’s an assumption that you’ll be the outsider, and that you won’t be as much a part of the team - but it really wasn’t like that at all for me. The guys I work with are a really protective bunch, and I think that if there was ever a hint of anything like that, it would be dealt with immediately. I absolutely love my job and that’s totally thanks to the other drivers here at the depot – they definitely make it worth coming into work each shift.”

Since starting out as a driver, Nicola has risen through the ranks and taken on more responsibility at First Bus. In her role as Leading Driver, Nicola oversees a team of drivers helping to manage their shifts and be their first point of contact should they need help or have any queries.

Working on the buses was never something that Nicola thought she’d end up doing while at school, but her lorry-driver dad flagged the job opportunity to her and she’s not looked back since.

Nicola said: “We were in a recession at the time and I just had no idea what I wanted to do. I suppose the job stood out to my dad as, in some ways, s in a similar line of work. Now I can’t see myself wanting to do anything else!

“One of the older female drivers took me under her wing when I first joined and told me not to make my mind up about the job until I’d been there six months. It was a great piece of advice, as I remember starting out in the workplace, and looking at this giant vehicle I was in charge of, seemed daunting. But with my excellent training, it became second nature in no time and I soon felt I’d found a home at First Bus.”

Andrew Jarvis, Managing Director for First Bus in Scotland, said: “If you look around any of our depots, there’ll be, without doubt, more men than women - but this is not a man’s world and we want to play our part in getting rid of the harmful stereotype that says that working on buses is a ‘man’s job’.

“With each year, there are more women in our workforce, and they bring so much to our company. It’s fantastic to be achieving more of a gender balance and whilst we’re not there yet, we’re definitely heading in the right direction.

“With every recruitment drive we do, we’d love to see even more female applicants – from drivers, to engineers, to electricians, we’re confident that more women can find a great career at First Bus.”

In 2020, First Bus re-invigorated its focus on Equality, Diversity and Inclusion (EDI), joining forces with an external expert partner to carry out a full ‘EDI health check’ of the business, seeking to understand what the bus company does well and what could be done better.

As part of this, First Bus is keen to understand much more than policies and ways of working - it aims to listen to its colleagues’ experiences in order to create a strategy and action plan that will truly make a difference. First Bus believes that this will help  its workforce to feel, heard, valued and included.

For more information about a career with First Bus, click here: https://www.firstbus.co.uk/about-us/news/women-first-bus