First Bus, one of the largest UK bus operators, has demonstrated their commitment to diversity in engineering this International Women in Engineering Day by pledging their support for two inclusivity-focused initiatives, the EqualEngineers Pathway Programme and the EngineeringUK’s Tomorrow’s Engineers Code.

The EqualEngineers Pathways 12-month programme will provide students from diverse backgrounds with valuable support during their academic studies, including employability workshop sessions, a mentoring programme, and an online support programme. Similarly, the Tomorrow’s Engineers Code, pledges to improve the accessibility and diversity of the engineering workforce in four key areas - funding, designing, delivering, and learning.

Both initiatives are designed to help students from under-represented groups tackle the additional challenges they face to secure employment opportunities in engineering. This includes women, who currently make up just 12.4% of all engineers in the UK. First Bus’ commitment aligns to the operator’s wider inclusivity strategy which seeks to challenge stereotypes, fight bias, and celebrate women’s achievements. 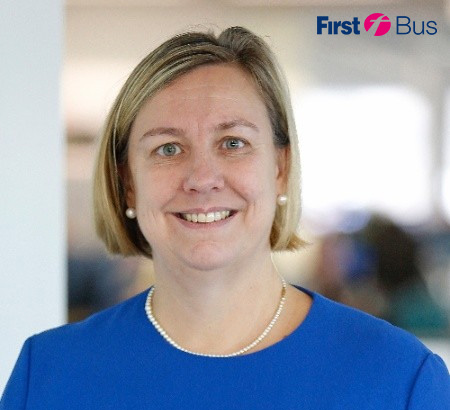 Janette Bell, Managing Director at First Bus, said: “Gender imbalance is a prominent issue in the engineering sector and whilst positive steps are being taken to address this, we recognise there is still much work to be done to break down stereotypes and improve opportunities.

“As a female MD in a predominantly male sector, I am committed to creating opportunities for women in the bus industry and passionate about ensuring that all my colleagues, regardless of gender, ethnicity, or any other characteristic, feel heard, valued, and included. Through supporting initiatives that open pathways for women and other under-represented groups, I believe we can help create a generation of engineers that reflects the diversity of the society we live in.”

First Bus’s commitment to equal and inclusive recruitment is not a new focus for the company, with apprenticeships being an integral part of the business for several years. Key to their ambition to increase and diversify their talent pool, First Bus offers a wide range of apprenticeships, including mechanical and electrical engineering, to people from a range of backgrounds and ages who are interested in the bus industry. 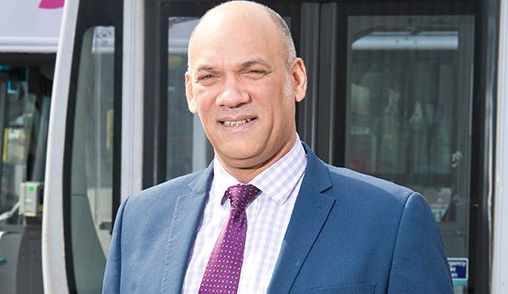 Ian Warr, Director of Engineering at First Bus said, “We champion diversity at First Bus and our apprenticeships offer a critical avenue for talented and ambitious young people from all walks of life to launch a fantastic career in the bus and coach industry. It’s encouraging to see progress in the number of women in engineering roles, however, we still have more to do to ensure our programmes are as inclusive and appealing to women as they are to men.”

Recently, First Bus was announced as the sponsor of the Society of Engineers ‘Apprentice of the Year’ award, an accolade which seeks to champion talented rising stars from industry who are seen as ambassadors for the engineering profession. Additionally, two teams from First Bus took part in the IRTE Skills Challenge this month, an intensive test for mechanical and electrical technicians to compete against each other and demonstrate their skills and expertise.

One of the team members, Danielle Curtis, is midway through a four-year apprenticeship in mechanical and electrical engineering at First West Yorkshire. At the IRTE Skills Challenge she not only had the opportunity to showcase her knowledge, but also to raise the profile of women in engineering and the importance of apprenticeships, having begun her own in her 30s.

She said of her experience so far, “I’ve really landed on my feet. I knew a few of the team have been there a long time and have lots of experience, so wasn’t sure what they’d make of me; a woman in her 30s walking in as a trainee, but they’re really supportive.”